Explorative research project to the trust that parents have in the Smart Home as caregiver for their children.

Because our Smart Homes get increasing opportunities and functions we saw an interesting field to explore: the Smart Home as a caregiver for children. To research what the reactions to this new technology would be, we created a speculative concept, called Big Sister. This concept we published via Social media after which we executed surveys and interviews.
‍
Through a qualitative data analysis on the questionnaires we determined four themes that we further explored through in-depth interviews. The quantitative data from the questionnaires provided more insights on the demographics of the answers, like age groups or tech savviness. The paper concludes that there is an indication that a concept such as Big Sister is not preferable and that it provokes negative emotions and feelings of distrust. It shows what these problems concern and therefore adds to the field of Human-Computer Interaction. 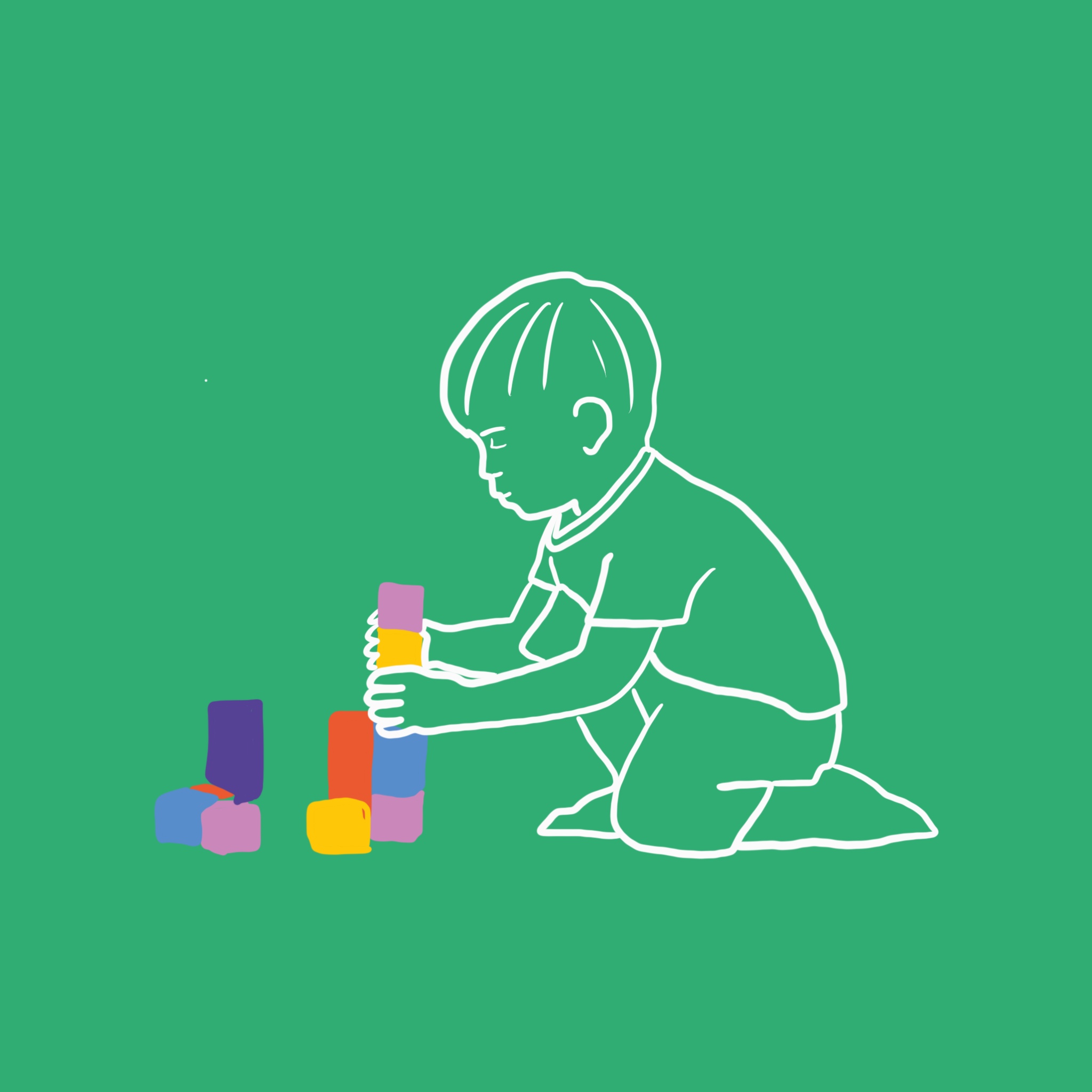 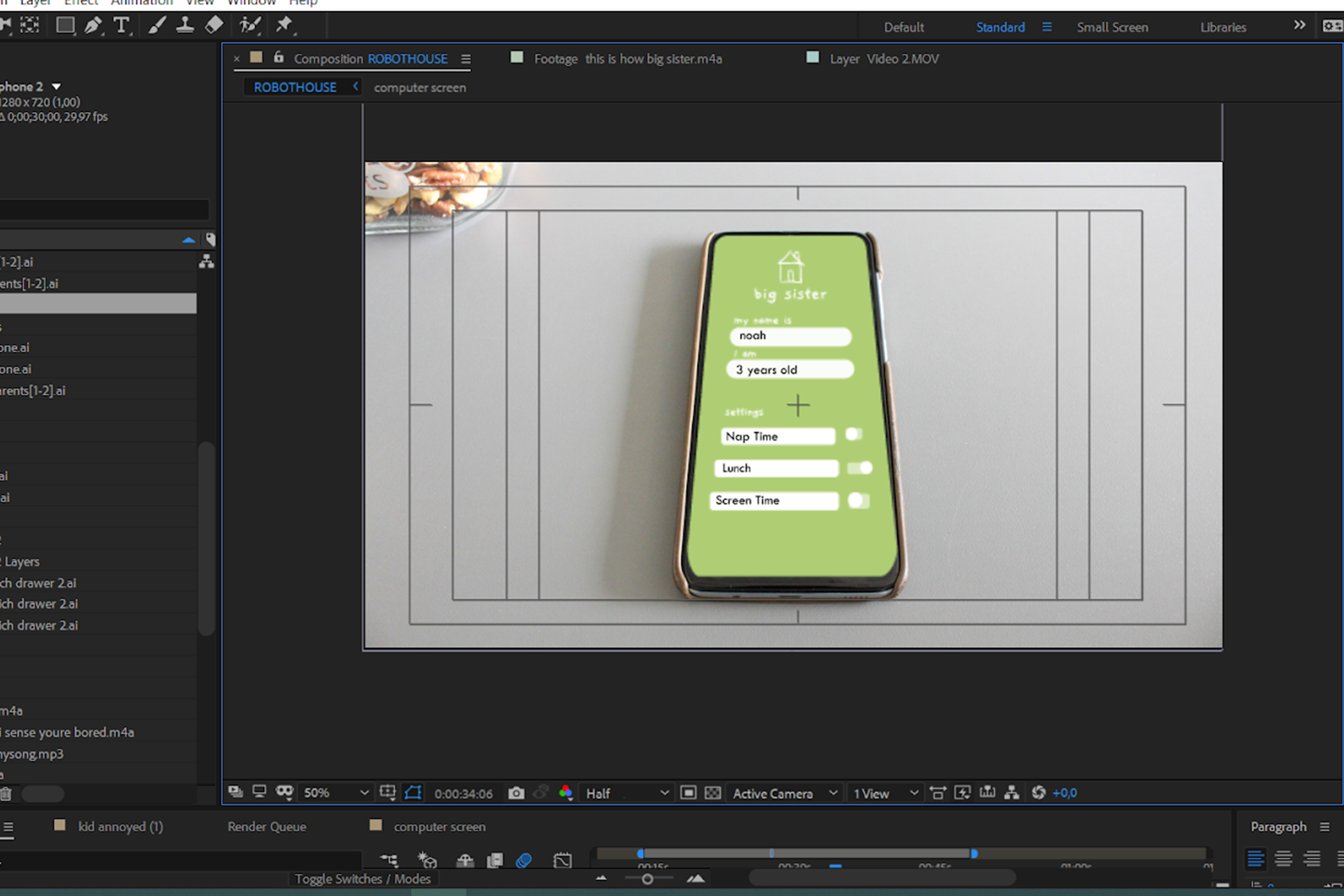 Business study: how can we make a business out of a tool for citizen participation?

During half a year we worked on the viability of a citizen participation tool. We created a hypothetical startup and pitched our ideas to several stakeholders and investors. This project might fit my overall interests less obviously, but it created a solid base for understanding companies and their dynamics and how to create value for them. Because InnovationSpace offered a big amount of knowledge on business thinking, collaborating with people from the industry, this was the perfect opportunity to develop this knowledge.

We used several business tools (blue ocean strategy mapping, value mapping, product lifecycle, financial plan) to create a go-to-market strategy, To validate the different steps in the strategy we regularly went onto the street to ask random people for their opinions and we talked to experts about the reality of the data. The project provided me with more insights in how companies work and how a social design studio can be viable. I show this through my work by constantly adjusting the project to create value for a partner and the company I work for.

Co-creation of the bakery of the future. In constant collaboration with multiple Dutch industrial bakeries.

Industrial bakers, that work in industrial bakeries, are often unsure about the future. They work in processes that have been largely the same over years, and some believe that they will be able to continue working like this for many years to come. However, during conversations with them, all acknowledged they felt the landscape is changing. They feel pressure from the government, retailers, multinationals and consumers to change. The goal of this project therefore became to break their traditional and conservative thinking patterns and develop a future alternative in close collaboration.
‍
Together we developed the bakery of the future, where we looked at current and future trends and the current stakeholder network. A big part of the project was visualising the stakeholder network, where it was important to illustrate the current way of working. This easily showed where the pressure to change came from, but also where opportunities for change presented themselves. We eventually used the visualisation for exploring the changes we could make to the bakery. This easily showed the dynamics in the network.
‍
I did extensive trend research, based on literature, strategy documents of multinationals, conversations and popular platforms. The trends were printed on small cards with icons. These were used during co-design sessions with the bakers, to support the discussion on how we could alter the bakery’s processes when certain trends would present themselves. We could experiment with the effects of the trends on the bakery and the current process.

Research project as part of the Industrial Design Master Program (February 2020 - June 2020)
Coached by: Ben Schouten
This project is part of the new Cahier on the future of participatory design, to be released in 2021

Technology poses new opportunities for online democracy and participation, especially through online Social media platforms like Facebook. These platforms are owned by companies, who often have maximum profitability as goal, which creates situations that show that this technology does not always positively benefit democracy. Think for example of the recent Cambridge Analytica scandal.

Events like this fuel a huge discussion on the influence and implications of Social media platforms as a threat to democracy. Who is responsible for the many ethical dilemmas? Who makes the rules? And who makes sure they are followed? Who should own these powerful platforms?

Often the voices of daily users of these platforms are not taken into consideration in these discussions, because they are largely held on governmental or institutional level. But reflection on the roles that stakeholders play in the Social media web is crucial at this point. Especially the role of governments stays undetermined.

With this research project I have gained insights in the thoughts and opinions of daily users of Social media platforms. Through a speculative design that was presented in a short film, the participants were provoked to compare and contrast the current Facebook platform with the proposed governmental platform. 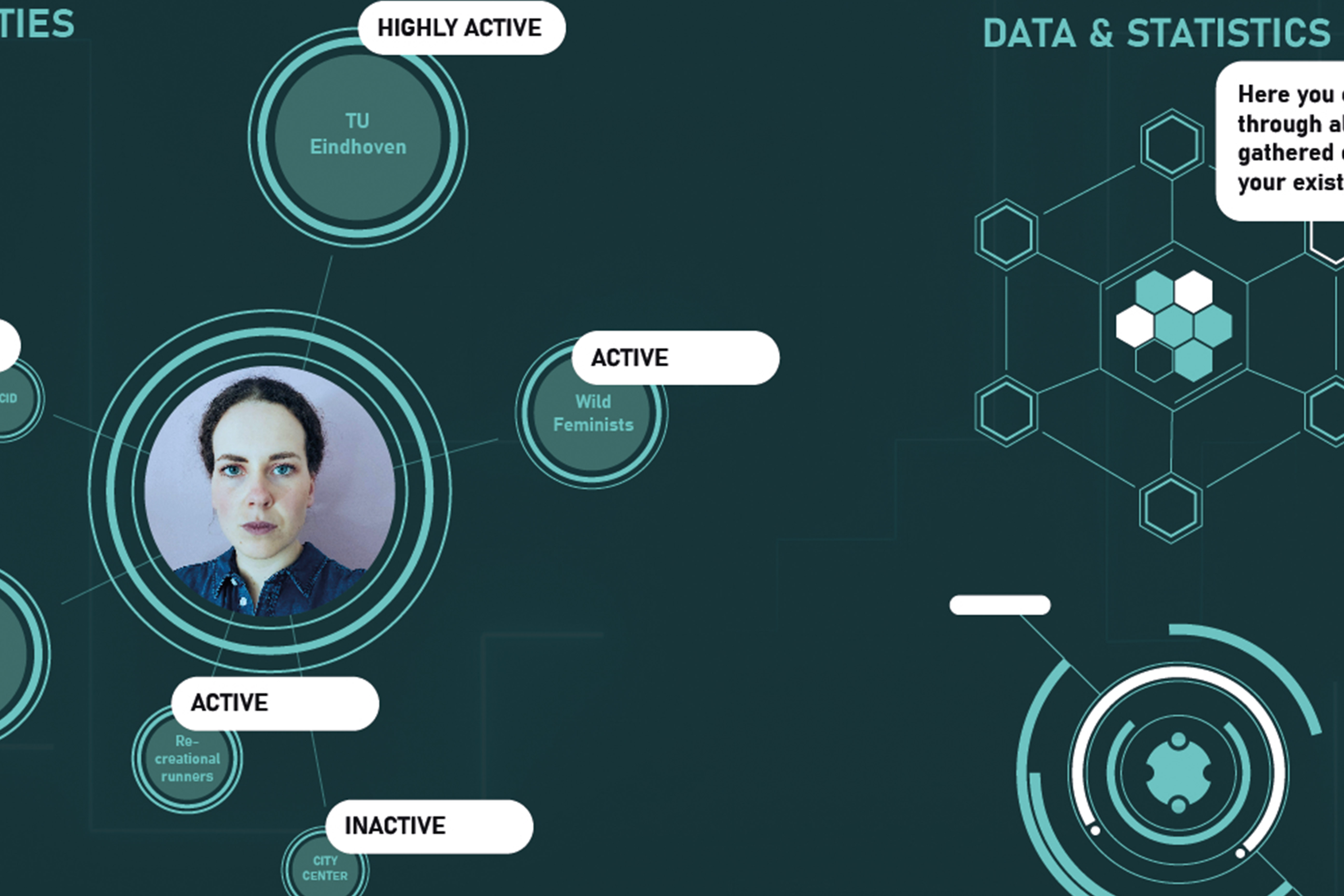 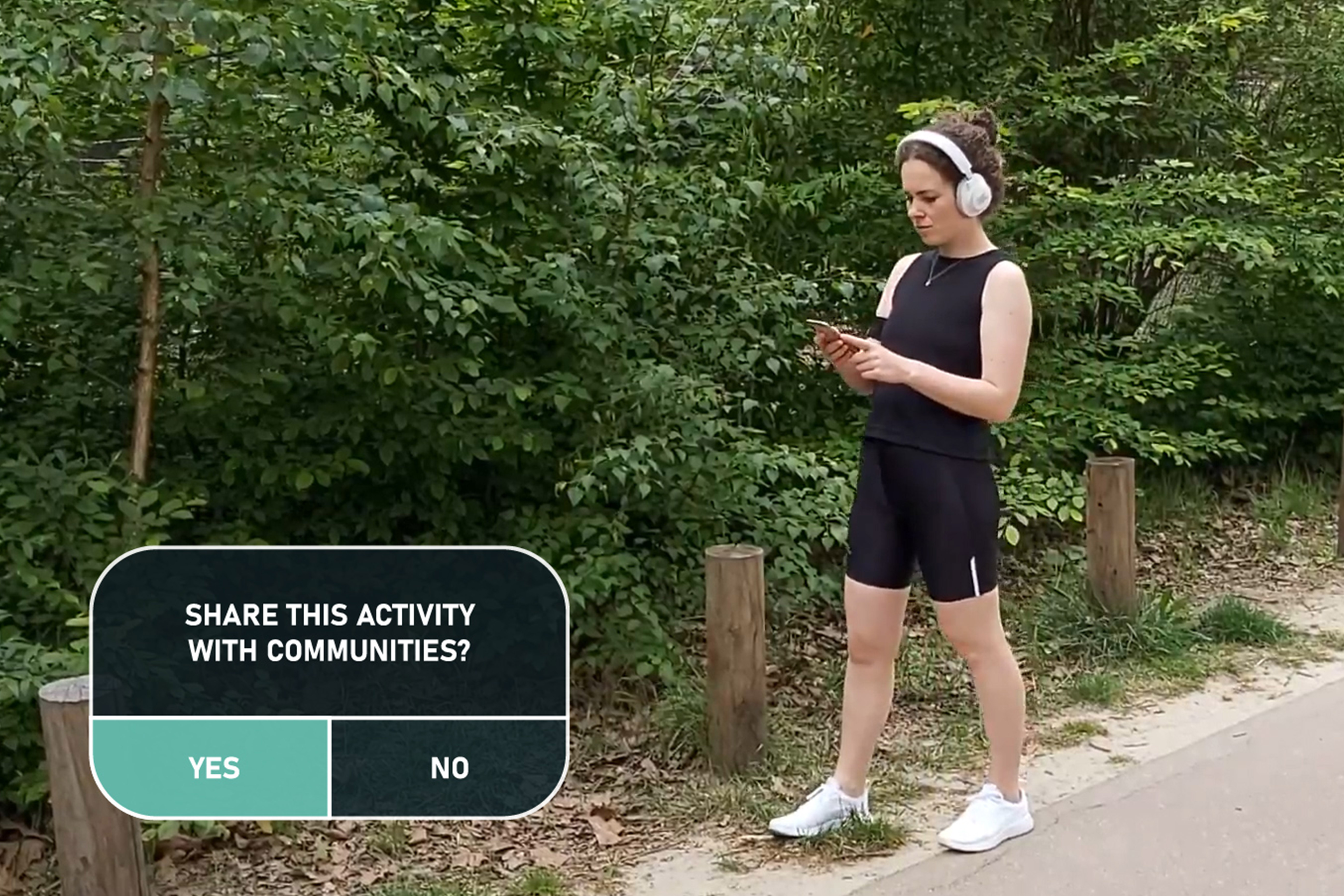 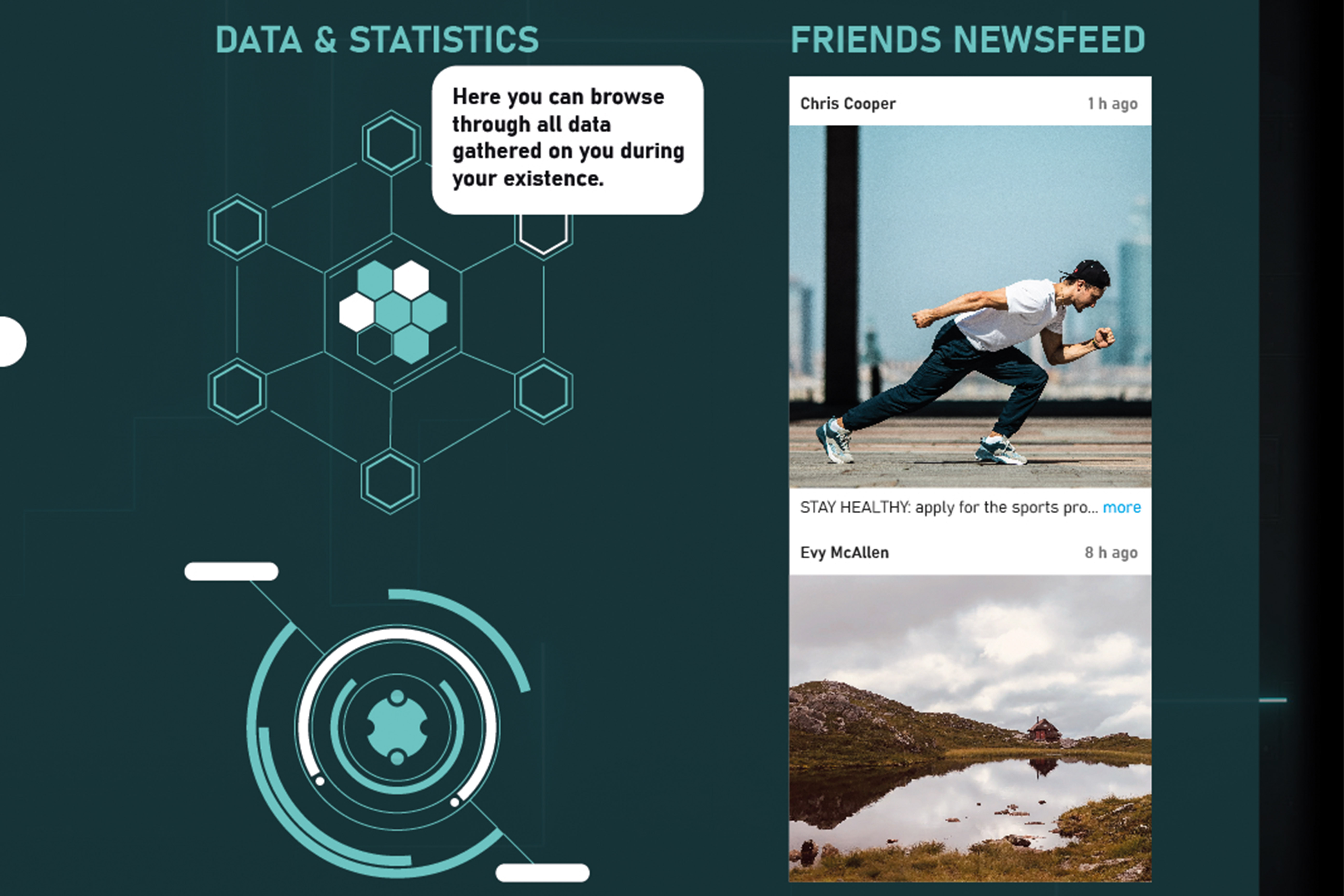 Discovering a fictional world in which the relationship between human and nonhuman, and the role of technology in this relationship, is reimagined. Approached through a problem-seeking process.

Master graduation project (September 2020 - June 2021)
Coached by: Ben Schouten
Rewarded with a grade of 9.0
Part of the Dutch Design Week expositions "It's In Our Nature" of the Dutch Design Foundation, Graduation Show of Design United (4 TU's), and the Drivers Of Change exposition of the TU/e
This project has been selected for the Global Graduate Show of the Dubai Design Week

Many scientists describe the current era as the "Anthropocene", an era characterised by human domination and processes. In this era, we prioritise the benefits and needs of humans over that of other species. The many severe environmental, economic and social crises are a result of this era.

With this project I provoke others to rethink our role in relationships with nonhuman species, that are plants, animals and microbes. I especially want us to rethink the role that technology plays in this relationship. I therefore propose an alternative world in which we use technology of artificial skin for underwater breathing to establish and maintain a multispecies collaboration between Emyle (the human in the pictures) and a water plant called Waterweed, which is common in Dutch sweet water lakes.

Based on the philosophy of post-anthropocentric philosophers like Donna Haraway and Anna Tsing, I developed this new worldview that in theory could be achieved in the nearby future. It makes us think about the way we implement technologies. But more importantly, it presents us with ethical dilemmas and philosophical questions. Is it our duty to undergo heavy surgery to better collaborate with nonhuman species? Even if there is no direct value to be gained for the human? Is it our duty to make up for our mistakes? Or is it better to stay out of nature to give it the chance to reestablish a balance without humans? What is our role in nature or what should it be?

I used processes described in Troubling Design [3], Speculative Design [1], and Design for Critical Reflection [2]. Constant critical reflection on process, design, but also on the balance between the objectivity of the design and my own opinion was vital to the success of the project. The project proves that taking a problem-seeking attitude to the field of post-anthropocentric design is beneficial for critical reflection and provides us with some space to form an opinion and discuss amongst each other before we jump to solutions that (sadly most of the time) support the opinions and visions of the already dominant and privileged few. It shows that the implementation of a technology is a choice, heavily connected to philosophical and political world views, and that philosophical design can be a safe tool for exploring alternative futures. The process also safeguards respect for the dozens of versions of reality, lived through by each and every one of us, human and nonhuman. 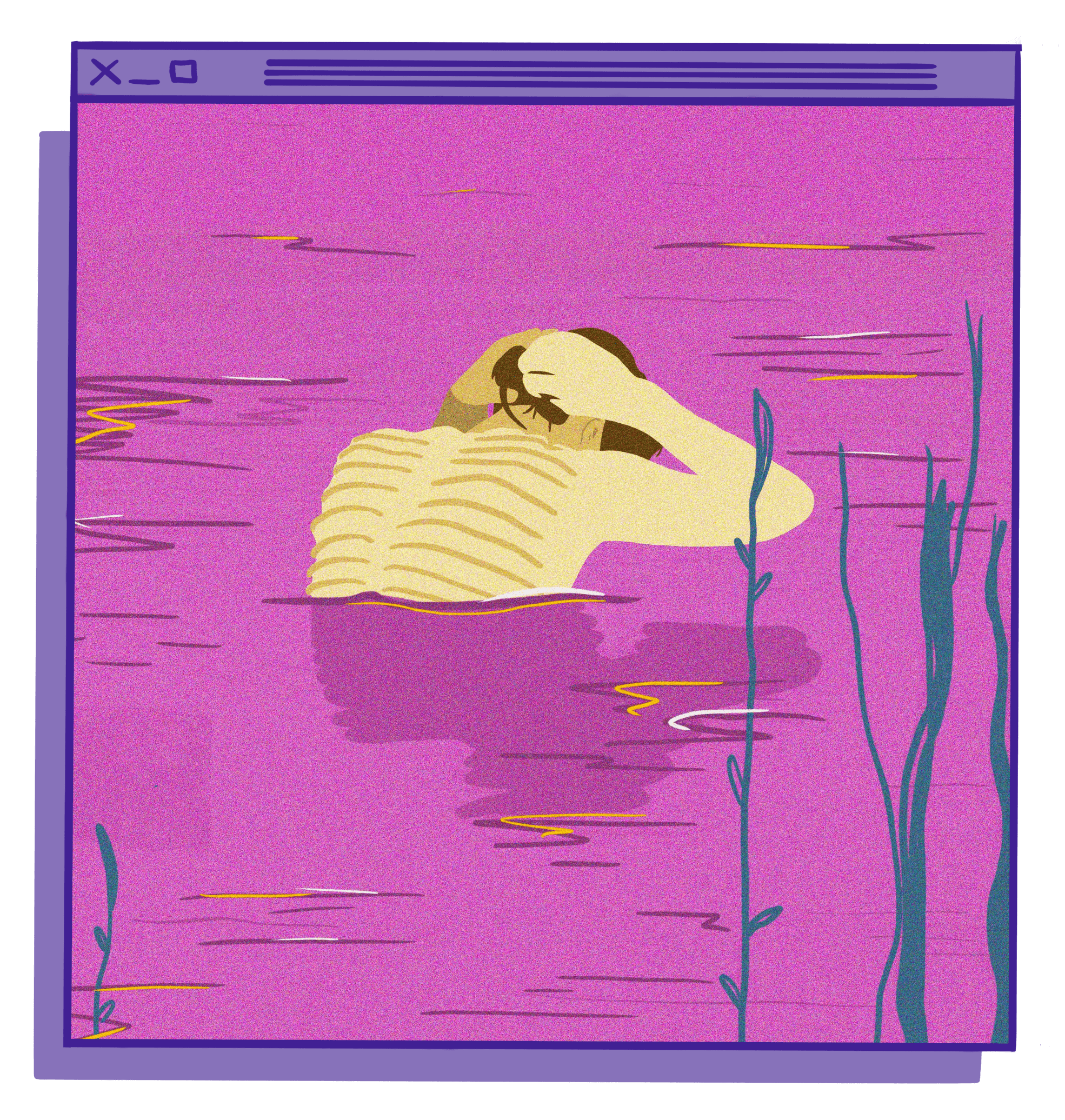 What if we used technology to collaborate with nonhuman species? 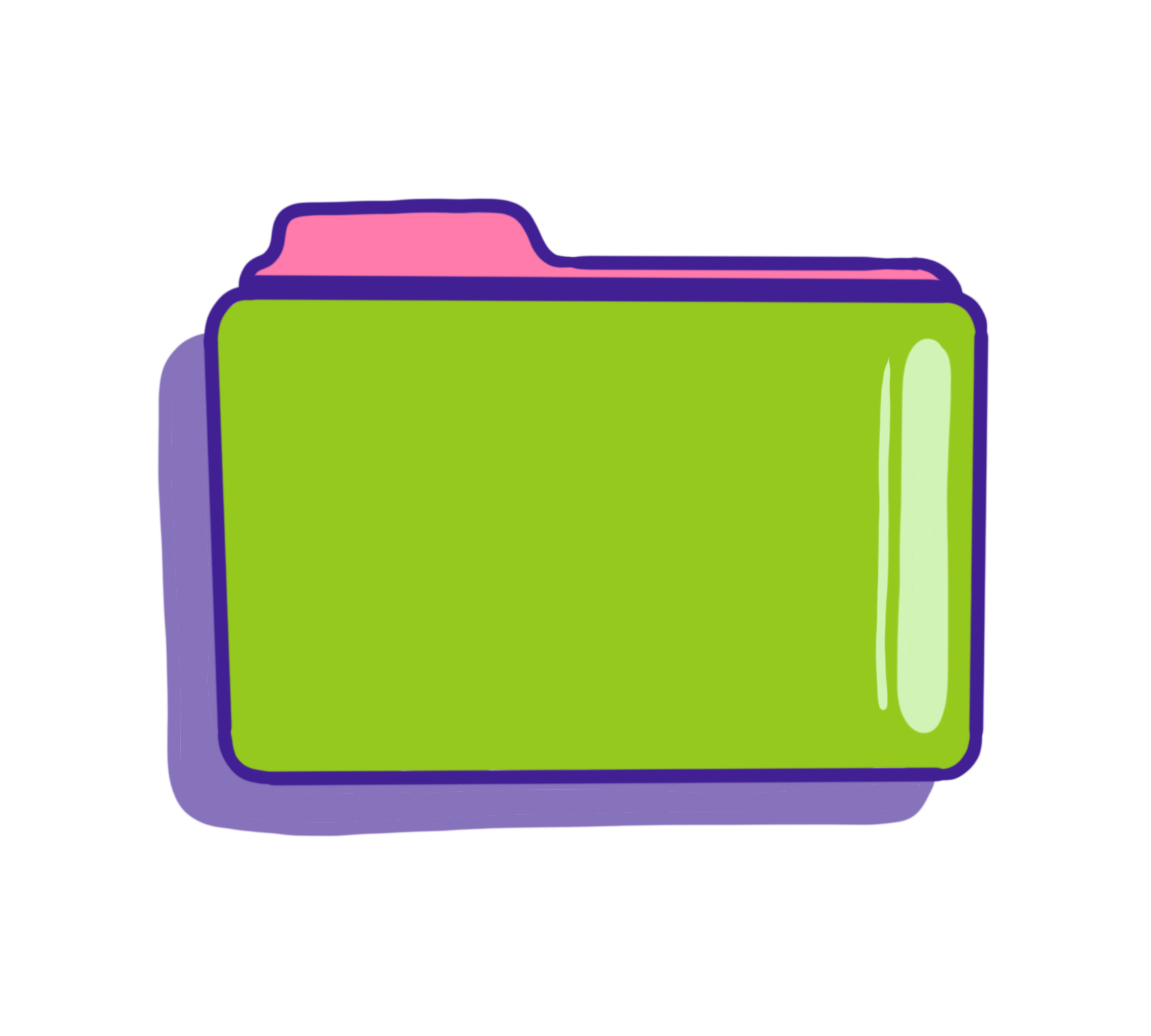 what if your smart home is your kids' nanny?

speculating about the future of industrial bread bakeries

business study: how to make a startup from a tool for citizen participation?